For anyone wondering why I have not posted anything for a little while, — I’ve been in catch-up mode. When I posted something about the Gospel of Mark in relation to Vespasian and the Serapis cult I became focused on finding more about the Serapis cult, where and when and in what modes it functioned. I had to wait for some of the resources to arrive from overseas, and then I have to translate some of them into English. All of that just to see if there is anything relevant to learn in relation to the context of early Christianity and the Gospel of Mark in particular.

Meanwhile, I am still exploring Yanis Varoufakis’s Another Now as it leads me to other works on alternative economic and social models. One detour that I have been led on is a new focus on North American history from the perspective of the “lower classes” from the seventeenth and eighteenth century, with a particular interest on the nature of work and civic identities. It’s an interesting contrast to early Australian and revolutionary French contexts with their British penal system and their grappling with “the ancien regime” while trying to forge a new society.

And Noam Chomsky in a recent interview happened to mention the name of Rana Foroohar in a context that led me to follow up her book, Don’t Be Evil: How Big Tech Betrayed Its Founding Principles — and All of Us, which I’m still reading. And that has led me to some other titles I have had to put in my in-tray beside me here.

Another primary focus of mine has been trying to catch up with what I don’t know about modern USA and the various movements and wider culture that lie behind what looks from here to be a very unstable and crazy place right now. One scholar says it’s all predictable and nothing to worry about in the long-run, while others are not so sanguine. One historian of Trump in the context of American populism generously sent me an electronic copy of his book that I have still to complete. But how times change so fast. It was not long ago I was reading specialist research in Islamism and Islamist terrorism and now I’m having to focus on the culture and groups on the side of the incomprehensibly extremist Republican Party right now.

Meanwhile some more French works that Nanine Charbonnel cites quite frequently have arrived so I can no get a better grasp of the context of some of her thesis points for my series on her book, Jésus-Christ, Sublime Figure de Papier.

And I still haven’t really caught up with all I need to on John the Baptist. I have meanwhile requested an interlibrary loan of Rivka Nir’s book The first Christian believer: in search of John the Baptist that I want to read alongside some other works before commenting or posting again.

A couple of people have recently reminded me of James McGrath’s online presence and I see that he has posted several teasers to encourage readers to order his new book on what Jesus learned from women. I read some of his advertising posts and see that it looks like an admirable addition to any Sunday School teacher’s collection of church-classes and sermon ideas.

Another delay has been occasioned by my taking time out to read James Fallows’ Breaking the News: How the Media Undermines American Democracy. It was published in 1996 but is so depressingly relevant to today — it has made me want to scream at journalists on TV and elsewhere when they focus on political tactics instead of political substance. Have none of the journalists read that book or do they flatly disagree with it, and if so, why?

All of that [and isn’t it a law that real reasons are stated last?], along with some more than usual high-stress happenings in the “real world” around me outside books and internet, are behind the more-quiet-than-usually quiet status of the blog lately.

Oh — and I can now add one more interesting bird that has shown itself flying over my house, the black cockatoo, three of them. They are common enough in some other parts of Australia, not so much here. I recall at Darwin how they made an atrocious mess of pathways beneath the trees where they fed. They’d rip out leaves, branches, flowers, sharp seeds and scatter them everywhere and those seeds punctured bicycle tyres. 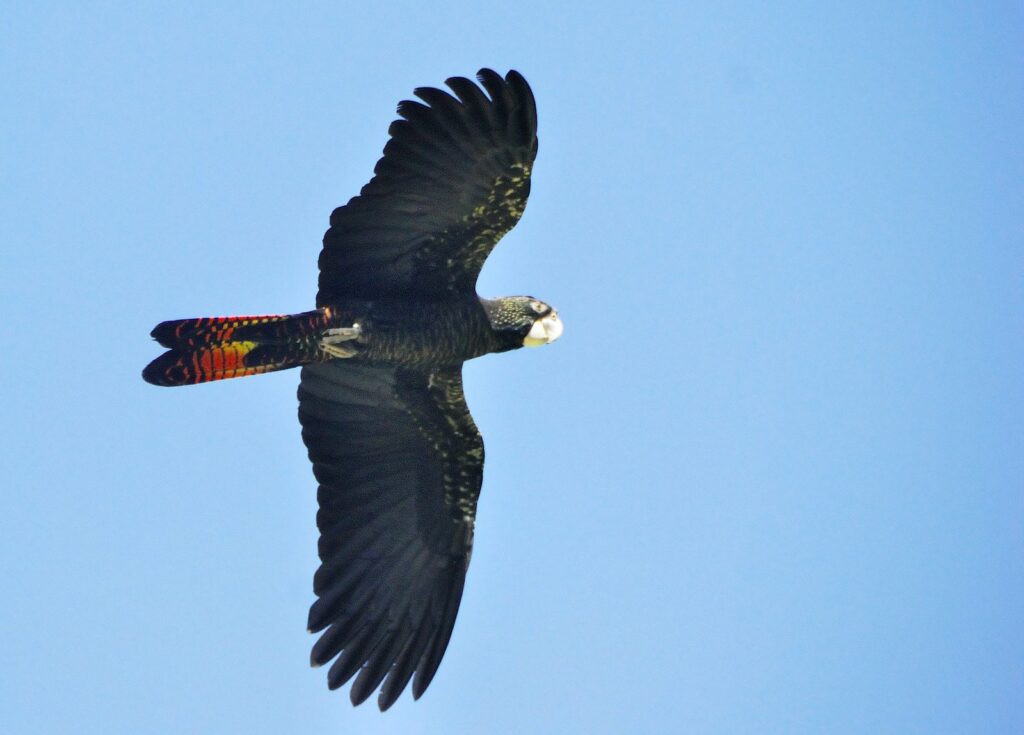