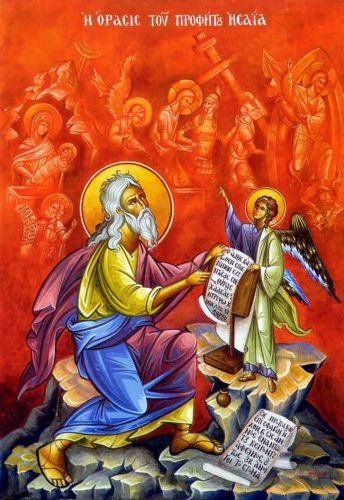 Some Jesus mythicists, following Earl Doherty and Richard Carrier, have taken a special interest in the Ascension of Isaiah [Asc. Isa.], an early Christian text that has been used to support (not establish, as some critics have asserted) the argument that Jesus was in an early stage of tradition believed to have been crucified by demons in the firmament above the earth. Fundamental to this interpretation of the Asc. Isa. is the view proposed by some mainstream scholars that a passage describing Jesus being born on earth and finally crucified on earth in the text is a late insertion. Manuscript and some textual evidence are cited in support of this view. That passage is 11:2-22. It speaks of the virgin Mary, her husband Joseph, a mysterious birth of Jesus and Jesus suckling at Mary’s breast, a later time when Jesus performs miracles and so arouses the envy of ruling demons, and of those demons stirring up hatred against him to the point where people crucify him on a tree in Jerusalem. All the while Jesus’ true identity as the “Beloved” from God in the seventh heaven is hidden from the spirit and human realms.

I have long agreed with those who have shown why we should think that that passage, sometimes called “the pocket gospel”, was not an original part of the Asc. Isa.. A number of manuscripts of the text do not have it. Has not the tendency of mythical development been to elaborate rather than excise earlier traditions? If so, surely the simplest explanation is that the passage was a later addition to the story.

This is a difficult document to analyze in any exact fashion, since the several surviving manuscripts differ considerably in wording, phrases and even whole sections. It has been subjected to much editing in a complicated and uncertain pattern of revision. Many of its elements are quite revealing, not the least for the picture they disclose of the evolution of thought about the descending Son and his role. That picture indicates that in its earlier strata, the Vision speaks of a divine Son who operates entirely in the supernatural realm. (Doherty, JNGNM, 119)

I have come to have doubts, however. I have long been in two minds over various hypotheses that Jesus was crucified by demons in the firmament (Couchoud, Doherty, Carrier). There are several reasons to think that the earliest Jesus myth is the most obvious orthodox one: that Jesus came from heaven, was crucified on earth, descended beneath the earth, then ascended back to heaven. I can address the reasons later.

In this post I want to begin tackling some of the trickier questions surrounding the Ascension of Isaiah. The person I have to thank for this review of my thinking is James Barlow who, I understand, has Masters and Doctoral degrees in Divinity and until his retirement belonged to the Anglican clergy. I have been perusing on and off for over a year a detailed commentary he prepared on the Vision chapters (6 to 11) of the Asc. Isa.

JB presents a very detailed case for the Asc. Isa. being behind some of Paul’s statements in 1 Corinthians and for the pocket gospel being an interpolation into the original Asc. Isa..

We do, however, speak a message of wisdom among the mature, but not the wisdom of this age or of the rulers of this age, who are coming to nothing. 7 No, we declare God’s wisdom, a mystery that has been hidden and that God destined for our glory before time began. 8 None of the rulers of this age understood it, for if they had, they would not have crucified the Lord of glory. 9 However, as it is written:

“What no eye has seen,
what no ear has heard,
and what no human mind has conceived”—
the things God has prepared for those who love him—

“As it is written” and “according to the Scriptures” should not be casually assumed to refer to the “Old Testament”. A very reasonable case can be made that Paul has less orthodox writings (viz the Asc. Isa.) in mind. I won’t take up that question now, either.

But because I know the Asc. Isa. has a particular interest for many readers of Vridar, I want to begin here to think through some of the reasons for concluding that the “pocket gospel” of 11:2-22 was not part of the original Ascension of Isaiah. I have begun to suspect it might be original after all. END_OF_DOCUMENT_TOKEN_TO_BE_REPLACED