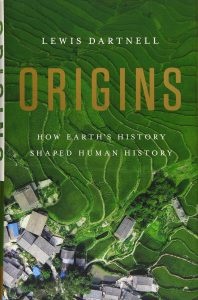 Like Loading...
“Perhaps it is the very simplicity of the thing which puts you at fault,” said my friend.
“What nonsense you do talk!” replied the Prefect, laughing heartily.
“Perhaps the mystery is a little too plain,” said Dupin.
“Oh, good heavens! who ever heard of such an idea?”
“A little too self-evident.”
“Ha! ha! ha—ha! ha! ha!—ho! ho! ho!” roared our visiter, profoundly amused, “oh, Dupin, you will be the death of me yet!”— Edgar Allen Poe, The Purloined Letter

Such is the epilogue introducing Nanine Charbonnel’s introduction to the second and major part of her book, Jésus-Christ, sublime figure de papier. What follows is my attempt to pass on the main sense of Charbonnel’s chapter. (See the Charbonnel archive for the previous posts.)

No matter how much we have prepared for a calm discussion on the hypothesis of the non-existence of Jesus (see the previous posts in this series), a paper persona yet nonetheless a sublime creation of the human spirit, we are inevitably faced with a different reality: