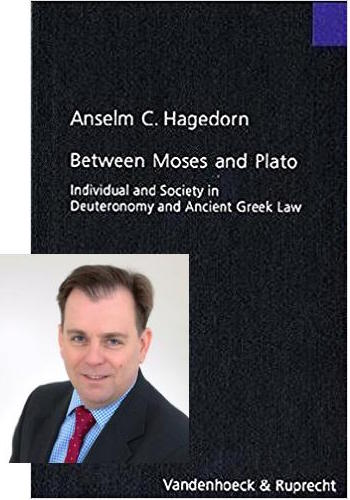 Continuing from previous posts, the following draws upon a secondary source used by Russell Gmirkin in Plato and the Creation of the Hebrew Bible in his discussion of military law as set out in Deuteronomy. The extracts that follow are from Anselm C. Hagedorn’s Between Moses and Plato: Individual and Society in Deuteronomy and Ancient Greek Law.

I have occasionally changed the formatting of Hagedorn’s text and a few times replaced Hebrew or Greek text with English translations. Some footnotes I have converted into hyperlinks to the source text.

Russell Gmirkin’s comparative conclusion goes beyond the details in Hagedorn’s discussion so I will quote that broader perspective before embarking on my Hagedorn study:

The lack of a military role for the king in Pentateuchal law contrasts with the king as leader of the army at war in both the Ancient Near East and in the historiography of the biblical monarchy. The citizen army described in both the narratives and legal passages of Exodus-Joshua corresponds closely to the Athenian model. The notion of military practices being governed or limited by law is characteristically Greek. The involvement of the national Assembly in negotiating peace treaties in wartime in Josh. 9 suggests a commitment to democratic practices similar to that found at Athens but unheard of in the Ancient Near East. The Deuteronomistic exemption from military duties for a soldier with a new house, vineyard or wife appears to have been modeled on the statutorial exemption from military training for an Athenian soldier who newly became head of a household through marriage or inheriting an estate. (Gmirkin, p. 125)

Military Law Between Moses and Plato

1 When you go to war against your enemies and see horses and chariots and an army greater than yours, do not be afraid of them, because the Lord your God, who brought you up out of Egypt, will be with you.

“You” in Deut 20:1 is in fact the assembly of all male Israelites who will go out and fight. This phenomenon is well attested in the Greek world. In an inscription from Athens we have a decree regarding warfare, here we read:

The people are responsible for military action in the law and at the same time the δήμος πληθύων [=popular assembly] controls the actions of the council, a fact not represented in Deut 20:1-20. If the law is indeed directed towards the same individuals who are already responsible for the investiture of the judges and the king in the leges de officiis, we are now able to use the so called Hoplite model of the Greek city states to investigate further what implications a fighting male citizenship had on the society.

It is important to note that one was first a citizen and then a soldier and not vice versa. To maximise its numbers of Hoplites, every polis had to be very keen on the maximisation of smallholdings so that more citizens could afford Hoplite armour.