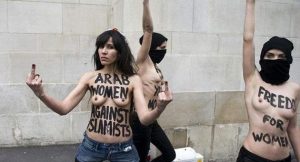 What is wrong with special provisions to put a halt to Muslim immigration? Don’t we need to protect our Western culture from being swamped by benighted aliens? END_OF_DOCUMENT_TOKEN_TO_BE_REPLACED