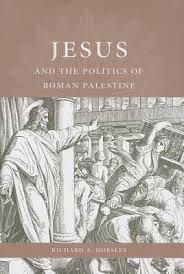 24 thoughts on “Unfair to Compare Jesus Scholars with Regular Historians”