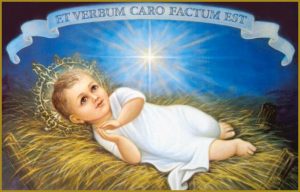 Dontcha love the patronizing tone of the header? “Five Reasons Why Mythicism is Disappointing”. Our author was SO hoping for such good things to emerge from mythicism, now, wasn’t he. How mythicism has disappointed him!

Our disappointed scholar explains why Valerie only has 5 “really bad reasons” for even raising the question of the historical existence of Jesus.

1) She says that there are no secular sources about Jesus, neglecting to mention that the notion of secularism did not exist in that time . . .

In fact Valerie Tarico explains exactly what she means by “secular sources” by quoting 171 words from the historicist scholar Bart Ehrman.

“What sorts of things do pagan authors from the time of Jesus have to say about him? Nothing. As odd as it may seem, there is no mention of Jesus at all by any of his pagan contemporaries. There are no birth records, no trial transcripts, no death certificates; there are no expressions of interest, no heated slanders, no passing references – nothing. In fact, if we broaden our field of concern to the years after his death – even if we include the entire first century of the Common Era – there is not so much as a solitary reference to Jesus in any non-Christian, non-Jewish source of any kind. I should stress that we do have a large number of documents from the time – the writings of poets, philosophers, historians, scientists, and government officials, for example, not to mention the large collection of surviving inscriptions on stone and private letters and legal documents on papyrus. In none of this vast array of surviving writings is Jesus’ name ever so much as mentioned.”

2) She points out that things like the virgin birth only appear late, as though that is evidence against the historical value of our earliest sources.

That’s odd. Valerie’s original point was “details of Jesus’ life”, “the most basic biographical facts and teachings of Jesus”, the twelve apostles of disciples of Jesus, the ministry and miracles of Jesus — and oh yes, the virgin birth, too.

Paul seems unaware of any virgin birth, for example. No wise men, no star in the east, no miracles. Historians have long puzzled over the “Silence of Paul” on the most basic biographical facts and teachings of Jesus. Paul fails to cite Jesus’ authority precisely when it would make his case. What’s more, he never calls the twelve apostles Jesus’ disciples; in fact, he never says Jesus HAD disciples –or a ministry, or did miracles, or gave teachings. He virtually refuses to disclose any other biographical detail, and the few cryptic hints he offers aren’t just vague, but contradict the gospels. The leaders of the early Christian movement in Jerusalem like Peter and James are supposedly Jesus’ own followers and family; but Paul dismisses them as nobodies and repeatedly opposes them for not being true Christians!

Then she quotes Marcus Borg, another scholar who believed in the historicity of Jesus.

3) She points out that none of the earliest sources are eyewitness accounts, which is probably correct, but surely (to use her example) we do not always disbelieve when our aunt tells us about someone she knows. And Paul does offer an eyewitness account of having met Jesus’ brother.

Mmm…. Now a scholar would not be suggesting that we are wise to believe what our aunt tells us just because our aunt tells us, would he? Surely not. And Paul offers an eyewitness account of having met Jesus’ brother? No, that’s a layman’s error. Paul says he met the brother of the Lord. That Lord means Jesus here instead of God (its more usual reference) is an assumption. Besides, as we saw above Paul dismisses that James as a nobody. Would Paul really dismiss the literal brother of Jesus who was a head of the Jerusalem church as a “nobody”?

4) The Gospels contradict one another. So what? Josephus contradicts himself, and yet we do not find him to be wrong about everything concerning which he wrote.

5) Scholars come up with very different portraits of Jesus. As I have said before, that is indicative of the crowdedness of the field. It is not as though there is a lack of consensus about key details. And indeed, at this point Tarico and the mythicists fail to consider the explanation they so quickly appeal to when it suits them, namely that a deep desire for Jesus to have been a particular kind of person may be a reason why scholars keep finding a Jesus who suits them. But what about the majority view, one that deeply disturbs and troubles many?

There are lots of studies on Alexander the Great, Julius Caesar, Constantine, but for some reason they all seemed to be constrained by the evidence to produce the same essential person despite different interpretations of that person. Jesus studies produce entirely different Jesuses. Quite a difference. And I love the appeal to theology in that last line. Theologians are so intellectually honest and courageous that they are prepared even to discover a Jesus who “deeply disturbs and troubles many”! Yup, that’s the Jesus of the theologians who want to sell their product by giving it a powerful edge. I loved the very first Dr Who for the same reason — he really did disturb and trouble others; he wasn’t a nicey-nice Santa Claus figure. (The current one is working on it.)

Can you imagine historians demonstrating their intellectual integrity by pointing to their Constantine or Alexander who is “deeply disturbing and troubling to many”?

(Hey! I just worked in a Christmas theme. How appropriate for this time of year! And I concluded on a Dr Who theme, presumably in the spirit of good will with our sadly disappointed scholar.)

6 thoughts on ““Five Reasons Why Mythicism is Disappointing””