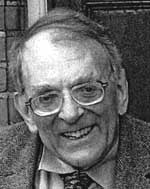 He explains the disappointment he experienced when scholars first dismissed his carefully reasoned arguments without any attempt to engage seriously with them: END_OF_DOCUMENT_TOKEN_TO_BE_REPLACED