Some passages in the Old Testament throw up bizarre riddles for those of us who have always thought its various authors were strict monotheists in the same sense as we expect modern Jewish rabbis to be no-nonsense monotheists. For starters, there are those most curious passages where we read of an angel engaging earthly mortals in conversation and suddenly speaking as if they are God himself. Sometimes after such a conversation the human characters are even made to say they have just met or spoken with God. Then there are those passages in Ezekiel that read as if God were a human figure who gets off his throne and starts to guide Ezekiel around his temple. There are other riddles but let’s stick with these two types for now.

Now something even stranger happens when we turn to other Jewish writings from the centuries either side of the BCE/CE point. Various writings from that period appear to have picked up these riddles in the Scriptural canon and run with them into places we could never imagine any truly monotheistic rabbi would dare follow. They bring us into a heavenly world where it is often difficult to decide who is God and who is an angel. Sometimes there appears to be an angel so exalted that he appears to be God’s proxy or principal agent who does all of God’s work. That angel is sometimes depicted as very much in the form of a man.

This most highly exalted angel sometimes starts to look very much like the image we have of Jesus Christ, the “Son of Man”, at the right hand of God in heaven from our readings of the New Testament epistles and book of Acts. These Christian sources likewise speak of that Christ being revealed in visions.

It has taken me longer than usual to prepare this post because the territory is so new for me. I’ve read about the various angelic figures in extra-canonical Jewish literature and I’ve read probably most of the apocryphal writings in which these figures prominently appear but I’ve never deeply studied this literature or its angelophany as a whole or in any depth. I’ve read Margaret Barker’s The Great Angel and other works of hers but their implications do not appear to register in the wider studies of Christian origins. Professor Hurtado’s argues that Christianity’s heavenly Christ does not truly bear a valid comparison with them because there is no evidence that any of these “Jewish” angels were ever worshiped. In my previous post I quoted Professor Boyarin’s response to that “criterion of dissimilarity”.

I am now seeking out a range of specialist scholarly works on this subject for the first time so it is taking a little while to assimilate and synthesize with what I know from New Testament studies. So far I have read the laments by two scholars of early Judaism deploring the failure of many scholars of Christian origins to take serious note of these writings and their potential relevance for Christianity. Consequently finding ways to relate what I am reading to Christian studies has relatively few guide posts and therefore is slow going for me. Trying to write up about material that I am still trying to come to terms with is especially slow going.

The Wide Variety of Sources

Elliot R. Wolfson, the Abraham Lieberman Professor of Hebrew and Judaic Studies at New York University, wrote the imaginatively titled book Through the Speculum That Shines: Vision and Imagination in Medieval Jewish Mysticism (1994) that the Amazon site tells us was awarded the following:

Wolfson is one of a good number of scholars of early Judaism who trace Jewish mysticism back to Jewish writings from around the same era as Christian beginnings and earlier. Further, those Jewish writings appear to be following train of thought laid out in certain passages in the Bible. This brings us back to those passages mentioned in the opening paragraph — Ezekiel’s visions and angels conversing with mortals on earth.

I once tended to assume that these ideas of early Judaism were fringe ideas that bore little real relationship to what I thought of as “mainstream Judaism” or even Christianity and that many of them post-dated Christian beginnings anyway. That’s not quite how all scholars of Judaism see it. Christophe 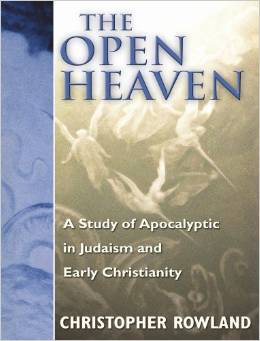 r Rowland writes in The Open Heaven: a Study of Apocalyptic in Judaism and Early Christianity (1982)

Although little detail is given about these angelophanies, it appears that there was an angelic being who in some sense was regarded as communicating the appearance of God himself and who sometimes appeared in the form of a man (Gen. 18.2). This being was called by the name of God (Gen. 31:11-13), even though this attribution was derived from his function as God’s representative. Our purpose in mentioning the mal’ak YHWH [Angel of the Lord] is merely to show that the ideas which we shall be looking at in the apocalypses were no innovation in Jewish religion, whatever the contribution in details may have been from other sources, but have their origin within the ancient traditions of Israel. (p. 95, my bolding)

That is, this tradition had its origins as early as some of the canonical Old Testament books.

Here is where we need to take a step back for a moment and try to understand that what we understand as orthodox Judaism — essentially rabbinic Judaism — quite possibly did not begin to monopolize Judaism as a whole until the fourth and fifth centuries. Before then “rabbinic Judaism” was but one of a number of strands of “Jewish thought” or belief systems. Once this rabbinic school did begin to exert dominance they naturally had to explain that their status was legitimate — which meant that they had to demonstrate that it had always been the natural state of affairs. The Pharisees of the first centuries BCE and CE were recast as “rabbis” of their own kind; the priesthood of Aaron was likewise depicted as the origin of “rabbinic” culture. Winners write the history books.

Winners also decide who are the heretics and what defines orthodoxy. In the early days of Christianity numerous it is sometimes difficult to decide if certain groups are basically “Christian” or basically “Jewish”. It took time — up till the time of the Council of Nicea — for one group to emerge with enough power to declare where the borders should be drawn and to declare with political authority who was in and who was out. When heretics were labelled “Jews” or “Jewish” certain religious powers in the world of “Judaism” followed suit.

But the signs that Second Temple Judaism was not so predominantly overshadowed by our concepts of “rabbinic Judaism” are still found in those mysterious canonical passages about angels and visions of the Lord. In Deuteronomy 32:8-9 we read that the Most High assigned the different tribes of peoples to various angels and gave the tribe of Israel to Yahweh. Read literally this passage is saying that the highest God rules over the God of Israel. When in the Gospels Jesus refers to David’s Psalm 110 that begins, “The Lord said to my Lord”, is he expressing an idea familiar to the landscape of Judaism of that time?

So what are the sources for this supposedly pre-Christian idea for a being so exalted he could be said to manifest God himself?

I’ll cover some details of these sources in upcoming posts. 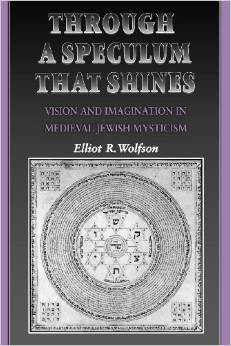 7 thoughts on “Jesus Evolved From an Angel?”