There is a passage in the Gospel of Thomas that would seem to encapsulate the historical methodology some scholars use to reconstruct the historical Jesus:

77 Jesus said, “I am the light that is over all things. I am all: from me all came forth, and to me all attained.

Split a piece of wood; I am there.

Lift up the stone, and you will find me there.”

Professor Bruce Chilton‘s book Rabbi Jesus: An Intimate Biography is a classic case study of how biblical scholarship can be so consumed by its idée fixe that “the historical Jesus” will be found everywhere the faithful scholar looks:

He describes his historical methodology in terms that I have found are used proudly by other biblical scholars, too.

Compare:
The historian is interested in getting back behind the text as a means of gaining access to events that supposedly happened earlier. A literary approach . . . reads the text at face value, and may tell us what a particular author appears to have been concerned to emphasize. . . . A literary approach enables one to grasp the meaning of the story on the level of the text itself. A historical approach digs through and seeks to get behind the text to see what if anything can be determined about the actual historical events. (James McGrath)

Compare “lift up the stone and you will find me there.” I suggest that this is an entirely valid method if we accept the core assumptions about the nature of the stone and its world, or the texts and their contexts, and the Jesus to be found beneath that will make it work. Here is the Jesus Chilton finds when he looks beneath. No-one would think to look “behind” the text of Sir Walter Scott’s Ivanhoe to find the historical Robin Hood. We are familiar enough with the genres in question, the provenance of the narrative and the evidence external to that novel to know that such a method would bring us no closer to such a quest. Provenance, context, genre and literary analysis, and external corroboration are the nuts and bolts that enable historians of ancient people and events to piece past lives together.

Without provenance, without context, there is no meaning. This is true of both texts and artifacts. (Jim West)

Lack of provenance tends to raise greater concern that a given item might be a fake. (Larry Hurtado)

To assume the historicity of a biblical narrative in advance is unscholarly. (Neils Peter Lemche)

They have chosen rather a rhetoric that supports the assumption of historicity. (Thomas L. Thompson)

Before we can speak of a historical Jesus we need a source that is independent of Matthew, Mark and Luke and refers to the figure of the early first century. (Thomas L. Thompson)

The tendency to evoke oral tradition to transmit the sayings from event to the writing of the gospels is required only by the assumption that the text is about a historical Jesus. (Thomas L. Thompson)

Historical research by biblical scholars has taken a . . . circular route, whose stages can be represented more or less as follows: . . . A concern with the truth of the past can be assumed. Therefore, where the literary history is plausible, or where it encounters no insuperable objections, it should be accorded the status of historical fact. . . . . (Philip Davies)

The assumption that the literary construct is an historical one is made to confirm itself. (Philip Davies)

Jesus turns out to have been a proponent of an apocalyptic eschatology. This result is of course contained in the methodological premise, according to which Jesus was an eschatological prophet. But in this regard history is not different from hermeneutics: circularity we will always have with us. . . . Compare Hahn, “Methodologische Überlegungen,” pp. 37-38, who observes the problem of interpreting the individual pieces of the Jesus tradition without first having a total picture of Jesus and the problem of having a total picture of Jesus without first interpreting the individual pieces. His method is similar to my own in that he enters the circle from generalizations about Jesus and the Jesus tradition. (Dale C. Allison)

Moreover, in the case of Jesus, the theoretical reservations are even greater because all the reports about him go back to the one source of tradition, early Christianity itself, and there are no data available in Jewish or Gentile secular history which could be used as controls. (Albert Schweitzer)

In all cases we need independent evidence of his actions. (Eric Hobsbawm)

The person who utilizes a literary-historical tradition must always first demonstrate its character as a historical document. General grounds of probability cannot take the place of this demonstration. (E. Schwartz)

Laziness is common among historians. When they find a continuous account of events for a certain period in an ‘ancient’ source, one that is not necessarily contemporaneous with the events , they readily adopt it. They limit their work to paraphrasing the source, or, if needed, to rationalisation. (Mario Liverani)

We must understand the nature of our texts as literary works before we attempt to use them for historical reconstruction. . . . But the literary and historical have been so closely bound up, historical questions being raised — and sometimes answered — in the very process of asking the literary questions. (David J. A. Clines)

The provenance of the canonical gospels, their genre and all matters of scholarly debate. Add to this the absence of independent controls for the characters and events at the heart of their narratives and one is forced to conclude that the only reason they are afforded status as documents of any historical worth at all is their culturally privileged status.

So what happens when biblical scholars confuse “getting behind the text” with normative historical methodology?

We are embarking on our historical inquiry without provenance and without external controls, and without agreement on even the genre of the evidence for our literary construct. But we do have faith that Christianity started with a historical Jesus, so if we look at the historical remains of the rationalized, naturalized and homogenized narrative setting, we cannot doubt that we will find him there. We only need visionary or mystical or ideological or other imagination.

Lift up the stone, you will find him there

Archaeologists have uncovered what was the largest city in Galilee in the time of Jesus, Sepphoris. Sepphoris appears nowhere in the gospel narratives of Jesus. When Jesus denounces the cities that have rejected him, Sepphoris is not even on the horizon:

Woe unto thee, Chorazin! woe unto thee, Bethsaida! for if the mighty works, which were done in you, had been done in Tyre and Sidon, they would have repented long ago in sackcloth and ashes. (Matthew 11:21)

To my mind the absence of any reference to the major city in Galilee in the life of Jesus is consistent with the literary and theological character of the place-names that do appear in the narratives. Puns on the key words like fishermen, figs, comfort, bitter-mourning, and prophetic echoes from the Jewish Bible, match the narratives associated with places like Bethsaida, Bethphage, Bethany, Capernaum, Galilee, Jerusalem, Jordan River, Nazareth.

But the omission of Sepphoris does raise a problematic question if one needs to find a plausible historical Jesus in this region. So biblical scholars as diverse as John Crossan, James Crossley and Bruce Chilton do find Jesus when they consider the stones of Sepphoris. Given a certain mindset one will always find what one is looking for even when it is not really there.

So here is the Jesus Chilton finds when he examines the stones that have no appearance in any gospel narrative:

As a boy, [Jesus] had seen the garrison town of Sepphoris, but only from a distance; that impure, corrupt Roman outpost was avoided as much as possible by the rural Jews of Galilee. (p. 35)

Other scholars bring their own idiosyncratic readings of Jesus in Sepphoris. Crossan, for example, sees Sepphoris as having a more positive influence on Jesus learning to argue and think like a Jewish Cynic:

His peasant village [Nazareth] was close enough to a Greco-Roman city like Sepphoris that sight and knowledge of Cynicism are neither inexplicable nor unlikely. (The Historical Jesus, p. 421)

James Tabor links the pregnancy of Mary (living in Nazareth, less than 4 miles from Sepphoris) to a Roman soldier who was part of the force sent to destroy Sepphoris in the year of Jesus’ birth (The Jesus Dynasty, pp. 40ff)

James Crossley links the building of Sepphoris with the social and economic unrest in Galilee that provided Jesus with a ready and responsive group of attentive followers. (Why Christianity Happened, p. 46)

Other scholarly studies suggest that Jesus found rewarding employment as a carpenter or stonemason in Sepphoris.

A few scholars now wish to see Nazareth’s proximity to Sepphoris as an important factor in the village’s life. In Nazareth, it is imagined, people benefitted from the supposedly Greco-Roman culture of Sepphoris: they could attend Greek plays, listen to Greek philosophers, and generally acquire cosmopolitan polish. (The Historical Figure of Jesus, p. 104. Sanders himself disagrees with these views and says the Nazareth villagers would have made as few trips to Sepphoris as possible.)

Craige S. Keener (The Historical Jesus of the Gospels, p. 23) thinks that villagers in Nazareth would have hated Sepphoris for its wealth, despite it being very Jewish.

Theissen and Merz reason that the silence of the gospels with respect to Sepphoris is “eloquent” testimony to the strength of Jesus’ preference for country audiences over the Sepphoris sophisticates (The Historical Jesus: a Comprehensive Guide, p. 166)

Is it not clear what is happening here? Sepphoris is too pagan for Jesus to touch it; no, it is very Jewish and suitable for the upbringing of Jesus; it introduces Jesus to Cynic philosophy or gives him a good income; it repulses Jesus so much he has nothing to do with it at all; it feeds him an audience of dispossessed; it was even the necessary condition for Jesus being conceived by one other than his legal father. Historical evidence here is an irregular verb, or even a Rorschach test, quite unlike, say, Caesar’s Rubicon River.

There is absolutely no evidence linking Jesus with Sepphoris at all. Anywhere. But the need to find a plausible setting for an otherwise literary (or imaginary!) Jesus opens the way for scholars to see Jesus against the backdrop of a real city that has no function whatever in the Jesus narratives. And the way that Jesus is accommodated to that “historical background” is as variable as the imagination, the ideology, the theological beliefs, the aesthetics, of each individual viewer.

This is not historical reconstruction. Not one of the above scenarios can lay any claim to genuine historical reconstruction. Each one is an imaginative fancy. There are no controls, no foundational evidence from which to begin. How Jesus is perceived in relation to Sepphoris is entirely dependant upon the way each scholar is predisposed to imagine what Jesus must have been like to begin with. The Sepphoris link is nothing but filler. It may convey an impression that serious “scholarly research” has gone into the way each author constructs his Jesus. But it is all impression. It is entirely a subjective illusion.

Will try to continue with the other two Gospel of Thomas guides to historical Jesus research — what one sees in the spliced wood, what one sees when the light of Jesus is allowed to shine on just about anything one wants to be used as evidence — in upcoming posts. 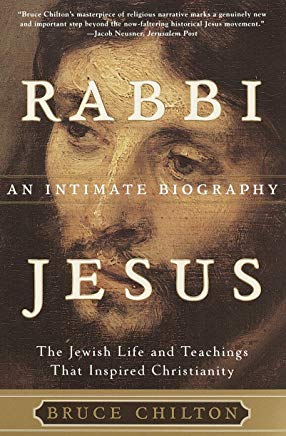 3 thoughts on “Finding Jesus Under the Stone: The Gospel of Thomas Guide to the Scholarly Search for the Historical Jesus”