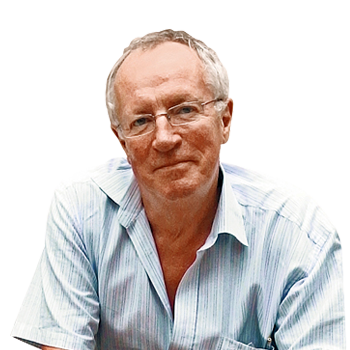 I was shocked to learn a day or two ago of the death of Robert Fisk on 30 October this year. I don’t think there was a report of the Middle East by Robert Fisk that I didn’t read, or an online interview he gave that I overlooked. How I missed the news of his death at the time I don’t know. His death was certainly unexpected and all too soon. I am glad to see The Independent has posted a page of his reporting as a memorial to him.

Robert Fisk’s latest from Iran in The Independent:

On the myth of Iranian crackdown on western reporters (and CNN bias):

But then we had the famous instruction to journalists in Tehran from the Ministry of Islamic Guidance that they could no longer report opposition street demonstrations. I heard nothing of this. Indeed, the first clue came when I refused to be interviewed by CNN (because their coverage of the Middle East is so biased) and the woman calling me asked: “Why? Are you worried about your safety?” Fisk continued to spend 12 hours a day on the streets. I discovered there was a ban only when I read about it in The Independent. . . . . .

On a woman who told him of something sounding like a state-sponsored murder:

I never saw her again. Nor the photograph. Nor had anyone seen the body. It was a fantasy. Earnest reporters check this out – in fact, I have been spending at least a third of my working days in Tehran this past week not reporting what might prove to be true but disproving what is clearly untrue.

After getting a phone call in the middle of the night about a reported massacre of students on a university campus, and being informed of photographic evidence of the shooting of a young male student the day before, Fisk found both stories to be total fantasy. Yet that did not stop his newspaper editor calling him to ask about the news he had heard:

There are few provable assurances in the Middle East, often few facts and a lot of lies. Dangers are as thick as snakes in the desert. As I write, I have just received another call from Lebanon. “Mr Fisk, a girl has been shot in Iran. I have a video from the internet. You can see her body…” And you know what? I think he might be right.