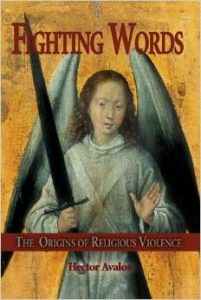 After reading Fighting Words: The Origins of Religious Violence by Hector Avalos I have been trying to think through the question afresh. A response by Hector Avalos to one of my posts is pertinent. In response to a crude interpretation of my own Avalos replied as follows. The caps are Avalos’s and the bolding and is mine: END_OF_DOCUMENT_TOKEN_TO_BE_REPLACED

While researching the similarities and differences between Mark’s and John’s account of the Cleansing of the Temple in Jerusalem, I came across some fascinating observations by David Friedrich Strauss in The Life of Jesus Critically Examined. As you no doubt already know, the cleansing of, or what many Historical Jesus (HJ) scholars today often call a disturbance at, the Temple is an event recounted in all four gospels, which imagines a lone Jesus disrupting all business occurring in the outer courtyard.

HJ scholars who claim Jesus was some sort of apocalyptic prophet prefer to believe the event really happened, because it fits in with the eschatological message of their reconstructed Jesus. On the other hand, taking the stories at face value raises many issues. Bart Ehrman, in Jesus: Apocalyptic Prophet of the New Millennium, writes:

Most scholars recognize that some aspects of our accounts appear exaggerated, including Mark’s claim that Jesus completely shut down the operation of the Temple (if no one could carry any vessels, it would have been impossible to sacrifice and butcher the animals—which was after all what the Temple was for). As we have seen, the Temple complex was immense, and there would have been armed guards present to prevent any major disturbances. Moreover, if Jesus had actually created an enormous stir in the Temple, it’s nearly impossible to explain why he wasn’t arrested on the spot and taken out of the way before he could stir up the crowds. For these reasons, it looks as if Mark’s account represents an exaggeration of Jesus’ actions. But exaggerations aside, it is almost certain that Jesus did something that caused a disturbance in the Temple — for example, overturned some tables and made at least a bit of a ruckus. (Ehrman, p. 212, emphasis mine)

So for Ehrman, the Temple “disturbance” almost certainly happened, but not the way the gospels tell it. Instead, he would argue, the gospels contain a nugget of truth inside an otherwise unbelievable story.

Meanwhile, other NT scholars don’t buy into the historicity of the event. For example, in A Myth of Innocence Burton Mack called the story a “Markan fabrication.” (See p. 292.) For more on the historical aspects of the cleansing, read Neil’s excellent post: “Why the Temple Act of Jesus is almost certainly not historical.”

Before we go any further, let’s recall an often forgotten rule in biblical studies: To understand what a story means, you must first determine what it is. And so I come back to Strauss’s analysis of the alleged Temple event. With respect to Origen’s take on the Temple tantrum, he wrote:

END_OF_DOCUMENT_TOKEN_TO_BE_REPLACED 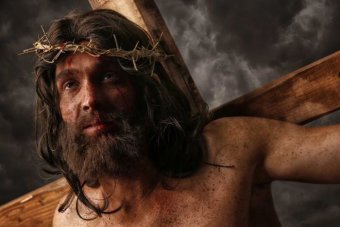 There is an interview with Reza Aslan where he really does address details of his argument in Zealot: The Life and Times of Jesus of Nazareth more than his “suspect motives as a Muslim” as we heard in the Fox interview. There is some discussion of his background, too, but not in the Fox manner.

Aslan is visiting Australia at the moment so that’s the occasion. I find his thesis problematic at several points but at least here he is given a chance to explain his argument and a little about his own background.

RN: Late Night Live, Was Jesus of Nazareth a Zealot?

I gave myself Bart Ehrman’s new textbook, The Bible: A Historical and Literary Introduction, for Christmas. Here it is March, and I’m finally getting the chance to read it. I expect this overpriced volume has a pretty good chance of becoming the standard text in American undergraduate survey courses on the Bible. So it makes sense to find out what young students will be learning.

When I say young students, I mean the young ones sufficiently well off to be able to live on campus. As education costs here in the U.S. skyrocket, more and more first- and second-year university students are working at night and driving to junior colleges each morning. But this book speaks directly to first-year students living in dormitories. The audience is more likely Footlights College Oxbridge than Scumbag College.

Your roommate has not taken the class, but he is interested in the history of ancient Israel. He knows something (a little bit) about the time of the United Monarchy and asks which king you think was better, David or Solomon. What is your view, and how do you back it up? Give him way more information than he wants to know. (p. 112)

Which king was better? That’s a toughie. But not as tough as the questions on University Challenge.

Fortunately, when reading the core of the text, I can almost forget I’m reading a book targeted more at Lord Snot and Miss Money-Sterling than Mike, Rick, Vyvyan, and Neil. Unfortunately, it’s hard to overlook the mistakes I’ve found already in the early chapters.

I sweat the small stuff

It may seem inconsequential, and maybe things like this shouldn’t bother me. But I can’t help myself. On the spelling of the Hebrew word for God’s name, Ehrman writes:

END_OF_DOCUMENT_TOKEN_TO_BE_REPLACED

Reza Aslan’s book about Jesus, Zealot: The Life and Times of Jesus of Nazareth, opens its prologue like an historical novel:

The war with Rome begins not with a clang of swords but with the lick of a dagger drawn from an assassin’s cloak. (p. 3)

Addressing the reader in the second person Aslan draws her into the colourful world Jewish worship at the Jerusalem temple and shocks her after half a dozen pages by having her witness the assassination of the high priest there in 56 C.E. One knows one is in for a dramatic read.

For the more academically minded reader there are over fifty pages of endnotes detailing sources and additional explanations for what appears in the main text. To Aslan’s credit, he makes abundantly clear in his introductory “Author’s note” that

That’s a refreshing change from the way some scholars introduce their own work or criticize the works of others. Aslan explains that his footnotes attempt to present some of the arguments of those who oppose his views in the body of the book.

Why this book about Jesus?

By way of preliminaries, however, Reza Aslan recounts how, after migrating from Iran, he became a Christian at fifteen years of age and how this new identity happily served to strengthen his identify as an American.

In the America of the 1980s, being a Muslim was like being from Mars. My [Muslim] faith was a bruise, the most obvious symbol of my otherness; it needed to be concealed.

Jesus, on the other hand, was America. He was the central figure in America’s national drama. Accepting him into my heart was as close as I could get to feeling truly American. (p. xviii)

Not that his conversion was a matter of convenience,

On the contrary, I burned with absolute devotion to my newfound faith. I was presented with a Jesus . . . with whom I could have a deep and personal relationship.

And again like (most?) well educated Americans Aslan lost his naive fundamentalist beliefs as he learned more about the Bible, while at the same time becoming

aware of a more meaningful truth in the text, a truth intentionally detached from the exigencies of history. (p. xix)

Not being an American I was unaware of Reza Aslan’s prominent public profile as a Muslim scholar. If I had never seen the Fox interview with Aslan about this book but relied upon the book alone I would have assumed Aslan had left the Muslim religion and was writing as a liberal Christian (American and still evangelizing) scholar. He writes: END_OF_DOCUMENT_TOKEN_TO_BE_REPLACED

Until recently I had always understood Aslan was the lion from The Chronicles of Narnia series. (He was also a not overly subtle cypher for Jesus in C.S. Lewis’s novels.) But I don’t live in America so am a latecomer is learning that he is really a prominent Muslim scholar who is now in the spotlight for writing a book about Jesus. That there was any controversy about a Muslim writing a book about Jesus led me, in my naïvety, to assume that Americans were excited that a scholar from that “greatest of evils in the world today”, Islam, had somehow seen the glorious light of the true Saviour of that “greatest crusading nation against all evil and darkness in the world”, the United States of America. It’s always a propaganda coup to have any of the enemy come over to acknowledge a virtue in your cause.

American readers will know how wrong I apparently was.

I have since caught up with the world through Al Jazeera online where I read this:

OMG! A Muslim is obsessed with Jesus

The subheading is this:

It is written by Mark Levine, a “professor of Middle Eastern history at UC Irvine, and distinguished visiting professor at the Center for Middle Eastern Studies at Lund University in Sweden . . . ”

Mark Levine’s article is triggered by this recent Fox interview with Alsan:

Levine sees more than “mere” Islamophobia at the heart of this controversy: END_OF_DOCUMENT_TOKEN_TO_BE_REPLACED