On an alternative historical Jesus

— Once more from Lena Einhorn, an interview with Mythicist Milwaukee: Who Was Jesus? w/ Lena Einhorn

On a tiresome Christian (or any religious) trope

— From Valerie Tarico: Why It’s Time to Call Bullshit on Prayer Requests

More to discover in Qumran

— From Jeremy Sherman @ Alternet: People Who Will Say Anything to Win an Argument: The art of deciding when you’re talking to a brick wall (See how many academics, not just lay folk, you find deploying these tactics)

— From Will McCants: Donald Trump’s sharp contrast from Obama and Bush on Islam has serious implication (Sam Harris tweeted that he found this piece “obscurantist”. He appears to have forgotten some of the moves towards understanding the issues in his book co-authored with Maajid Nawaz.)

Updated: I forgot to include this one earlier. . . .

Mehdi Hasan in The Guardian: We accept that Russian bombs can provoke a terror backlash. Ours can too 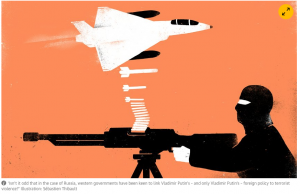