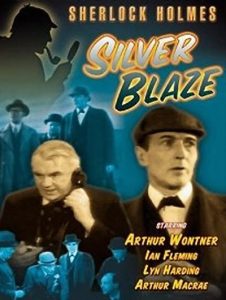 Following up my previous post I came across another interesting discussion of the argument from silence. Since I am among those who have compared the argument from silence to the Sherlock Holmes’s famous inference from the dog that did not bark and even spoken of such a nonauditory argument as deafening, after reading Mike Duncan’s discussion I feel as if my presentation of such an argument in the past has lacked finesse. Mike Duncan has made his article publicly available on Academia.edu:

The Curious Silence of the Dog and Paul of Tarsus: Revisiting The Argument from Silence

If that strange and unexpected silence extends to many different writers and many documents, indeed to all writers and documents available from that period, if it extends to a multitude of elements on the subject, the greater becomes the evidential force of that silence. If the silence covers every single element, the conclusions to be drawn become compelling. END_OF_DOCUMENT_TOKEN_TO_BE_REPLACED