Skip to content
no claim is above the requirement of justification

Anyone who reads widely about how historians work and how we can know anything about the past — as well as how to critically analyse news and media reports and any information at all — will likely at some point come across an interesting perspective in an article by Peter Kosso, Observation of the Past. I describe it as “interesting” because Kosso compares how we (should) read scientific instruments with how we (should) read our sources of information.

Here are some key points from that article. 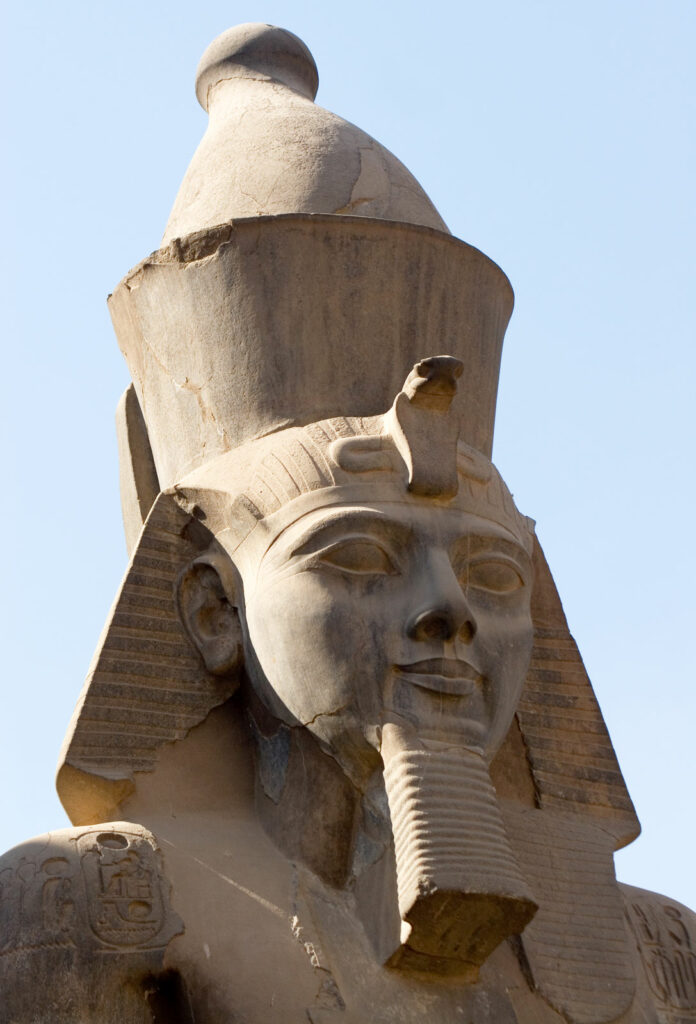 But, argues Kosso, that third statement is misleading. The pastness of the phenomena that historians study is “not an epistemically significant factor in the process of our observation.”

Thus, “No Egyptologist has ever seen Ramses,” but particle physicists routinely observe the telltale tracks of electrons.

But here is the deep flaw in that analogy according to Kosso:

The interesting comparative analysis then is of the link, in each case, between the objects of interest and their image as shown in the evidential objects. (p. 23)

We come now to the quotation with which we opened this post,

no claim is above the requirement of justification (p. 26)

The scientist who proposes a description or theory on the basis of what the instruments have indicated about something — via electron microscopic image, seismic waves, ultrasonic image — that is invisible to the human eye will not, every time he or she speaks, explain how each point is justified by a particular reading of a particular program with known conditions, etc, but that background information is vital nonetheless and the scientist as a professional will always be able to produce whenever questioned about it.

Scientific observation, in other words, is observation, all things considered. It depends on an understanding of how the image was formed, that is, how the information got from the object of an observation report to the reporter. Only then is it reasonable to accept the report as reliable. (p. 27)

For a claim to be justified among scientists they must understand the principles by which a bubble chamber, a seismometer, a particle accelerator, a radio telescope detect information and how that information is interpreted. Much of the data collected is indirectly derived from the objects and recorded in what, to the untrained eye, look like meaningless lines and splotches. And before that end product of lines and splotches, there will have been earlier stages in the transmission of information involving various unfocussed images and electrical pulses that are in themselves unrecognizable as information. So what counts as information at the end of the process must include an understanding of how that data was derived.

Kosso refers us to Maxwell’s continuum of our increasing indirectness of observation of the natural world: personal spectacles are necessary for some of us simply to see a tree or house in focus; microscopes and telescopes distort the “natural” image for us to gain more insight into an object; then we have other instruments that register different kinds of waves beyond the light spectrum. Similarly, Kosso notes,

Historical observing involves a continuum of observability similar to Maxwell’s continuum. In the historical case there is an increasing indirectness in the observation of an event due to its distance in the past and the amount of mediation of information. (p. 30)

As scientific data is filtered through a range of indirect processes that observers must understand in order to best evaluate the results of their instruments, so historians have similar challenges with the interpretation of their data:

Atkinson, citing David Hume, suggests (and subsequently opposes) that “Statements about the past are claimed necessarily to diminish in credibility as time goes on. First observation, then memory, then first-, second-, third-hand testimony, and so on to the point of complete incredibility.” This scale of credibility of information will have more epistemological significance if it is sensitive not simply to how many stages are involved in the transmission of information but to the nature of those stages and their reliability for conveying information accurately. Thus one’s own memory may be no more credible than the testimony of an eyewitness, especially a witness with independent credentials as a competent, reliable, and even expert observer. This testimony is little different from a newspaper account by a reporter on the scene, which is in turn similar to an historical account, such as Thucydides’ description of the Peloponnesian wars, where the witnessing and faithful recording of the events are independently accountable. The point is that objects of historical interest, like objects of scientific interest, fill out a tight spectrum in terms of indirectness in the process of observation. Rather than drawing a dubious dichotomy in this spectrum it is epistemologically more enlightening to analyze the various kinds of stages in the indirectness and their potential threat to the conveyance of information. (pp. 30-31)

So if we follow the comparison with Maxwell’s continuum of observability in the sciences (from eye-glasses to Hadron colliders) we find that we have a continuum of degrees of clarity in the traces of historical events. The question to ask is not, “Can we observe Ramses?” but

Ask instead, Is this information of the event and does it come to us through interaction with the event? How is the information transmitted? Is there a reliable, independent account of the flow of information? (p. 31)

Is this information of the event and does it come to us through interaction with the event? How is the information transmitted? Is there a reliable, independent account of the flow of information?

In detail, that means the following for the historian and anyone interested in researching history:

Historical studies, no less than the sciences, are able to deal with these questions of information and accountability and are therefore able to analyze and use observation reports as do the sciences. In the case of written information from the past, the historical record, accounting claims are a standard part of the case for credibility of the evidence.

One ought to know, for starters, whether the information from the past has been intentionally passed on by the author, as in explicit chronicles or histories, or is unintended information which has been teased out of documents of the times by our reading between the lines and noting presuppositions or implications of the text. Attending to this unintended evidence in texts, looking “not for what their authors wanted to say, but for the unarticulated assumptions they carry with them,” not only increases the informational content but makes it more difficult for the authors to deceive or mislead. The background understanding of the intent behind textual evidence, in other words, helps account for the reliability of the information by describing aspects of the process by which the information was conveyed. The advice of M. I. Finley for assessing the credibility of textual evidence, “The first questions to be asked of any written source are, why was it written, why was it published?” initiates the process of accounting . . . (pp. 31-32, my formatting)

There are other questions to ask, too. What were the circumstances of the interaction between the event how the information came to us: how did the author know about the event? what has happened to the text in the hands of editors and copyists since it was composed? what do we know about the author, his status, his interests?

And don’t look for or complain about the lack of “objective accounts”. But do look for independent verification or “external controls”.

The objectivity of evidence is secured not by using foundational, indubitable observational claims, for there are none.

Objectivity comes with the prevention of circularity in the accounting whereby a claim of evidence contributes to its own verification. If an author describes things which can be evidenced in alternative ways, as Pausanius writes of monuments and topography which can be seen in the archaeological record, there is this independent check on his credibility in general. References to one author by another, as Dionysius of Halicarnassus describes the historical method of Thucydides, and coincidence of an author’s account with inscriptional reports, where the dating and authenticity of the inscription can be verified by independent means, both contribute to the assessment of the credibility of the textual information from the past. The reports from past historians, like the observation reports in science, must come with independent accounting claims if they are to be responsibly accepted as evidence. (p. 32)

What we read, then, in Josephus or Herodotus is not a focused image of the past. No. What we get is an “information-bearing signal” of something in the past that has begun with certain events, and been conveyed through various interactions that lead to us. That is Kosso speaking, but I would add a further point to be aware of: sometimes a signal can appear to be about a past event but is in fact a false signal. The historian must attempt to establish if what he or she is observing is “a false-positive”. It took a long time before historians came to understand that the accounts of the Trojan War and the Worldwide Flood were myths.

For the historian, then, the text

…. is not a light signal and it is very slow, but neither of these features disqualifies observational information in the case of science, nor should it in the historical case. What counts for observational information in science is that it gets to the observer by interaction with the object and that there is a credible account of the interaction. The same standards can apply in history. (p. 33)

To encapsulate the comparison:

The point is that the data in history, the tokens of written reports of the past, play an evidential role that is similar to the data in science, the images in microscopes, tracks in particle detectors, and the like. Both bear information of less accessible objects of interest and both are amenable to an analysis of the credibility and accuracy of that information in terms of an independent account of the interactions between the object and the final medium of information, an account, that is, of the formation of the image. As long as we understand the formation process, in science or in history, we can be quite liberal in allowing many kinds of signals to carry the information. (p. 33)

And that last sentence applies especially to ancient history where we find historians using all kinds of sources, not just ancient historians but even poets and playwrights to attempt to get a better handle on, say, an inscription unearthed by archaeologists.

And a word here for biblical apologists:

As with empirical evidence in science, the important epistemic standard is independence between the accounting claims and the benefactors of the evidence. (p. 34)

How does a researcher who prays to the resurrected Jesus spoken of in gospels do serious research into “the historical Jesus”? What would we make of an Egyptologist who was known to communicate — privately, of course — with the eternal pharaohs whose spirits had been immortalized in the pyramids?

What is necessary at all times is that the observer, scientist or historian, be able to see that the information has been “transferred by some accountable chain of interaction.”

all informational claims must have some justification (p. 34)

Kosso is writing about historical inquiry. I think the principles apply to anything we read. “All information claims must have some justification.”