‘Humanity which we love so much—I know many of you are fearful of using that word “love”—but our struggle is a commitment of love of our fellow humans. It inspired our people in their early struggle against oppression and exploitation’.

I am proud that your organisation has similar ideals. Peter Jennings said to me in his letter:

‘We are the overseas aid arm of the Australian Trade Union Movement. With the support of Australian unions and many individual union members we assist vocational skills training of men and women workers in developing countries as well as strengthening their trade union so that any job they get will be a decent job—paying just wages with reasonable conditions and safety standards’.

So I am here in solidarity with all those ideals.

I was elected to the federal parliament by the Australian people 49 years ago. I have always tried to meet the ideals that Peter set out in his letter. I have written two books on my life – Straight Left, published in 1994/1995 and gone into four prints, and more recently I co-authored a book, The Fight: a portrait of a Labor man who never grew up, with Martin Flanagan, whose father served with me on the Burma/Thai Railway during the war. Excuse me for talking about the evolutionary development of my life, but my war experience had a great influence on me.

There are many people and experiences that have nurtured my life. But my experience serving under Weary Dunlop has had a lifelong and lasting experience on me. We were at a place called Hintock Road Camp or, as Weary called it, Hintock “Mountain” Camp. “Weary” is a name of respect. He would tax our officers and medical orderlies and the men who went out to work would be paid a small wage.

We would contribute most of it into a central fund. Weary would then send some of our people out into the jungle to trade with the Thai and Chinese traders for food and drugs for our sick and needy. In our camp the strong looked after the weak; the young looked after the old; the fit looked after the sick. We collectivised a great proportion of our income.

Just as the wet season set in a group of about 400 British camped near us for shelter. They had tents. The officers took the best tents, the NCOs the next best and the ordinary soldiers got the dregs. Within six weeks only about 50 of them marched out—the rest died of dysentery or cholera. In the mornings when we would walk out to work, their corpses would be lying in the mud as we passed them. Only a creek separated our two camps. On the one side the survival of the fittest – the law of the jungle – prevailed, and on the other side the collective spirit under Weary Dunlop. That spirit has always remained with me.

From the same source: END_OF_DOCUMENT_TOKEN_TO_BE_REPLACED 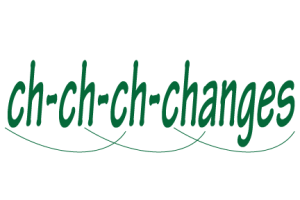