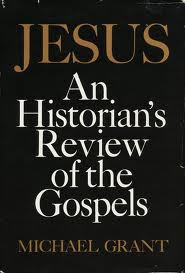 This continues the previous post on Jesus: An Historian’s Review of the Gospels by Michael Grant. Why two posts on this? Since some New Testament scholars point to Michael Grant as evidence that academics outside biblical studies employ the same methods and reach the same conclusions about the historicity of Jesus as they do, won’t hurt to address his work in some detail.

For Michael Grant, Jesus was better and greater than any other person in the history of the world. If the Gospels say he did or said something that reminds us of what other persons have said or done, Grant is always quick to expostulate that Jesus said or did it with such greater force or power that he made it sound or look unprecedented. Usually he just makes this declamation of Jesus’ superiority as if it must be a self-evident truth. At the same time he generally informs readers exactly what was in the mind and feelings of Jesus, too. Recall from my earlier post:

He felt an immovable certainty that he was the figure through whom God’s purposes were to be fulfilled. This absolute conviction of an entirely peculiar relationship with God was not unknown among Jewish religious leaders, but in Jesus it became a great deal more vigorous and violent than theirs. (Jesus, p. 77)

Jesus’ extreme obsessional conviction of a unique relationship with God makes any attempt to fit him into the social, institutional pattern of his time, or into its habitual concepts of thought, a dubious and daunting proposition. (Jesus, p. 78)

When in the Gospel of Luke we read of Jesus making an observation well known from rabbinical literature, that a poor woman giving her few pennies was making a greater sacrifice than any of the rich donors, Grant explains:

This story is exactly paralleled in rabbinical literature. And yet Jesus applied it more aggressively, for according to Luke, he accompanied his utterance by an attack on the Jewish scribes or doctors of the Law who ‘eat up the property of widows.’ Jesus carried his championship of the underdog beyond the bounds set by other Jews of the age. (p. 57)

Even the most banal teachings attributed to Jesus are said to be given a sharpened edge by Jesus:

Nor were Jesus’ ethical precepts for the most part original or novel, since ninety per cent of them were based upon injunctions that had already been offered by other Jewish teachers.

However, Jesus sharpened certain of these themes. (p. 25)

This is all Grant’s own imaginative fantasies being projected into the literary Jesus, of course. Gospel sayings of Jesus are quite trite so Grant attempts to rescue them by saying Jesus said or felt them “more vigorously”, “more powerfully” or “more sharply” than anyone else.

By now I think some readers will begin to understand why Grant’s biographies of ancient persons are generally for popular, more than scholarly or graduate student, consumption.

One New Testament scholar points out exactly what Michael Grant is doing and it is not history. It is outdated New Testament hermeneutics.

END_OF_DOCUMENT_TOKEN_TO_BE_REPLACED

Sometimes when attempting to demolish the arguments of the Christ myth theory historical Jesus scholars point to a popular biography of Jesus, Jesus: An Historian’s Review of the Gospels, by a scholar situated well outside the faculties of theology or biblical studies, the classicist Michael Grant. The reason they point to Michael Grant’s book is to be able to say, “See, even a non-theologian, a secular historian, knows Jesus really existed.” The implication is that the normal methods of everyday historical inquiry (quite apart from anything theologians might bring to bear on the topic) are sufficient to “prove” that the person Jesus is a fact of history.

So this post looks at what Michael Grant himself said about the evidence, his methods and why he believed Jesus to be an historical person.

I wonder how many of these Jesus scholars have taken the time to read Grant’s book since none, as far as I am aware, has ever pointed to Grant’s own argument in that book against the Christ Myth view and his own justification for believing Jesus to have been historical. Or maybe it is because they have read it that they choose to remain quiet about Grant’s arguments.

Who was Michael Grant?

Michael Grant was a classicist specializing in the study of Roman coins who was responsible for over 70 books on historical topics.

Immensely prolific, he wrote and edited more than 70 books of nonfiction and translation, covering topics from Roman coinage and the eruption of Mount Vesuvius to the Gospels. He produced general surveys of ancient Greek, Roman and Israelite history as well as biographies of giants such as Julius Caesar, Herod the Great, Cleopatra, Nero, Jesus, St. Peter and St. Paul. (Wikipedia, accessed 2nd Feb 2013)

His reputation as an historian of ancient history was mixed:

As early as the 1950s, Grant’s publishing success was somewhat controversial within the classicist community. According to The Times:

Grant’s approach to classical history was beginning to divide critics. Numismatists felt that his academic work was beyond reproach, but some academics balked at his attempt to condense a survey of Roman literature into 300 pages, and felt (in the words of one reviewer) that “even the most learned and gifted of historians should observe a speed-limit”. The academics would keep cavilling, but the public kept buying.

The work of his that I remember most clearly as an undergraduate was a collection of translated readings of Roman literature. This was supplemented by many other more comprehensive readings.

The “notoriously hard and challenging task”

At the end of Grant’s book on the life of Jesus he asks how we know if anything he has written is truly historical. END_OF_DOCUMENT_TOKEN_TO_BE_REPLACED