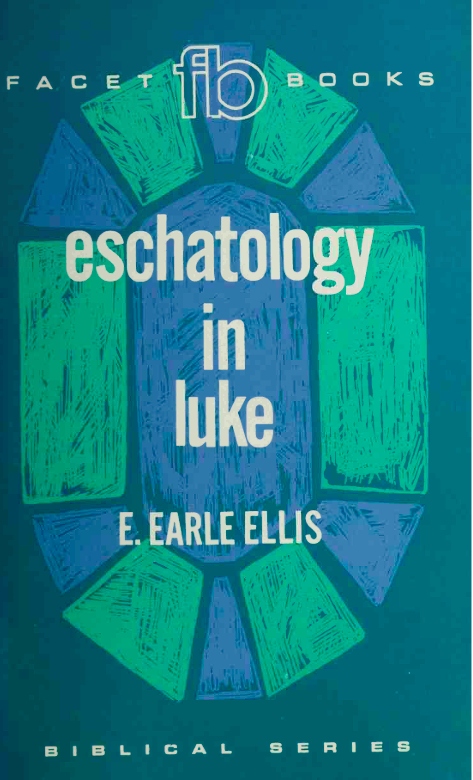 25 I do not want you to be ignorant of this mystery, brothers and sisters, so that you may not be conceited: Israel has experienced a hardening in part until the full number of the Gentiles has come in, 26 and in this way all Israel will be saved. As it is written:

“The deliverer will come from Zion;
he will turn godlessness away from Jacob.
27 And this is my covenant with them
when I take away their sins.”

But where is the evidence that the nonoccurrence of the parousia was a crucial problem that had to be “resolved”? The delay motif in Luke certainly does not have that function. (Ellis, Eschatology, 17 f)

Ellis draws attention to the following passage that informs us that “the delay was not a ‘time’ problem but an occasion for unfaithfulness”:

39 But understand this: If the owner of the house had known at what hour the thief was coming, he would not have let his house be broken into. 40 You also must be ready, because the Son of Man will come at an hour when you do not expect him.” . . . . 45 But suppose the servant says to himself, ‘My master is taking a long time in coming,’ and he then begins to beat the other servants, both men and women, and to eat and drink and get drunk. (Luke 12:39-40, 45)

Other passages warn against “an overeager or false anticipation of the parousia” but that false teaching appears to be an aberration rather than a general condition afflicting the whole of the church:

11 While they were listening to this, he went on to tell them a parable, because he was near Jerusalem and the people thought that the kingdom of God was going to appear at once. 12 He said: “A man of noble birth went to a distant country to have himself appointed king and then to return. . . . .

The rationale for the delay-motif in Luke, therefore, must be sought elsewhere. First, it should be noted that it is only an emphasis within a twin motif of “imminence and delay” that Luke finds in his tradition. Probably this emphasis both serves Luke’s own theological concerns and provides a response to a church problem. The problem is not the delay of the parousia, however, but a false apocalyptic expectation that has misapplied the teachings of Jesus and threatens to pervert the church’s mission. (Ellis, Eschatology, 18 f)

It may be presumed, I think, that the problem in some quarter of apocalyptic fervour being addressed in the gospels was not a historical problem that had led to “a great disappointment” and all-round embarrassment, but an issue alive and relevant at the time the evangelists (and Paul) were writing. That is, after (as well as before) 70 CE.

It makes sense to me. The sayings of Jesus were composed by the evangelists after 70 CE. There is no evidence of any red-faced confusion in “the church” over the delay.